Through publications and presentations we hope to inform and shape discussions about the aerospace industry. Come and meet us at an upcoming event! 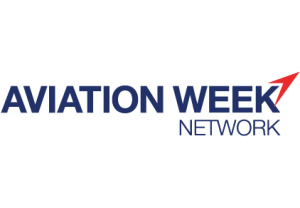 All of the engine OEMs, in fact, improved their overall scores this year except for Rolls-Royce, which slipped to the lowest-scoring engine OEM in the survey. Rolls-Royce has been plagued by Trent 1000 intermediate-pressure turbine and intermediate compressor problems that have grounded a portion of the Boeing 787 fleet.

The 787 and 737 MAX groundings probably also contributed to Airbus overtaking Boeing as the best in the airframe category. Airbus was the only airframe OEM whose overall customer satisfaction score improved year over year.

BAE Systems was the top avionics supplier, and Parker Aerospace generated the highest score among the mechanical/electrical suppliers.

The survey was conducted from mid-February to mid-May, with 185 qualified responses, including 62 unique airlines from around the world. The number of responses was lower than in previous years, which could be expected because the COVID-19 pandemic was unfurling during that period, and airlines were in sheer survival mode. Only 21 suppliers received enough responses to be statistically valid.

There are regional differences but, in general, European airlines are less critical and North American are far more critical of their supply base, says Jonas Murby, an AeroDynamic Advisory principal.

AeroDynamic: Inside the High-Stakes Global Jetliner Ecosystem traces the transformation of the commercial aircraft business from 1990 to the present.